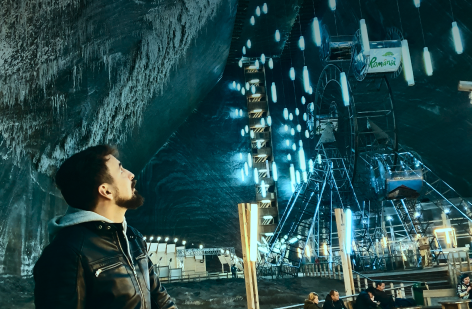 I've been coding ever since I can remember.

I got my first computer when I was in second grade and after figuring out how to use it, I got more more curious about what more I can do with it.

Eventually I stumbled upon something called Liberty Basic, which came with a bunch of examples. After going through them, I noticed that if I changed the text, the results would be slightly different, and most of the times they would no longer work. By trial and error I got to the point where I wrote a tic tac toe game.

I then went through GameMaker, Blitz3D, BlitzMax, VisualBasic, C++, figured out how to use OpenGL and render Quake levels, spent a few years trying to make game engines and eventually found Unity.
Career
GameLoft - Gameplay programmer
Gameplay and Graphics for Asphalt Injection on PSVita
2010
GameLoft - Lead Online Programmer
Creating the online systems for Total Conquest a Clash of Clans like game with over 20M downloads
2013
GameLoft - IT&C Tech Lead
Oversaw and spearheaded the development of an automated testing tool for games that would test by running remote testing scenarios by embedding the V8 JS engine.
2014
Telenav - Senior Graphics Programmer
Working on the graphics engine for the next generation automotive/mobile maps software using advanced rendering APIs such as but not limited to OpenGL ES3/OpenGL 4.0+. Responsible for the icons on the map, clustering, collisions and the complete style of the maps.
2015
Tapptitude - Senior Unity Programmer
Developed a mobile AR gamified application in Unity. Moved the content creation to an an online platform and created an automated system to push the downloadable content to the clients
2019
Telenav - Graphics Programming Contractor
Continued the work on the styling engine, designing and implementing a number of new features, optimising the loading time from ~1 second down to 7-16ms and improving the runtime speed by 40%
2019
WANT TO KNOW MORE?
Or maybe you need advice for your game?
SEND ME A MESSAGE